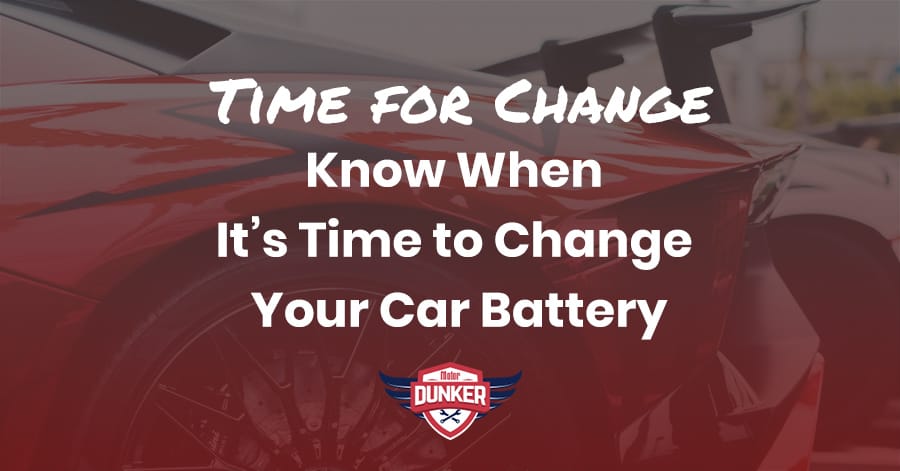 Time for Change: Know When It’s Time to Change Your Car Battery

If you own a new car, changing your car battery is probably the last thing on your mind. In fact, any power-related issue is not that much of a concern since a brand new cell is expected to run smoothly and last quite some time before encountering issues.
But a few years down the line, you’ll become more mindful of these things. You’ll probably notice that your vehicle’s power cell’s performance is not like what it was when it was still brand new, and then you’ll start to wonder if it’s now the right time for a change.
When exactly is the right time for a change? Unfortunately, there is no simple answer to that – battery lifespan varies greatly depending on the type of vehicle as well as on how it is used.
Contents show
1 When Should You Start Monitoring Your Battery?
2 Factors That May Affect Your Battery’s Performance And Longevity
2.1 Car Model and its Accessories
2.2 Age of the car battery
2.3 The temperature of the environment where it is used
3 Frequently Asked Questions:
3.1 How can you tell when your car battery is going bad?
3.2 What is the lifespan of a car battery?
3.3 Is it easy to change car battery?

When Should You Start Monitoring Your Battery?

Most manufacturers say that their brand new products will work flawlessly between three to four years. Beyond this point, however, a power cell’s performance tends to deteriorate slowly until it gets to the point that the decrease in power output becomes noticeable. It is at this point that you should start becoming more vigilant and start watching for signs that could indicate a change might be in order.
Of course, there are cases where batteries older than three years will still work just fine. The degree of deterioration and length of service life between each power storage unit - even if they belong to the same models - vary greatly in actual use as they depend upon a number of factors, some of which are discussed below. Nevertheless, doing periodic checks on the power cell is a must starting at three years.

Factors That May Affect Your Battery’s Performance And Longevity

Car Model and its Accessories

Generally, newer cars put a bigger strain on its power storage performance. This is because newer models tend to have more features which translate to more electronics on board. These systems need the cars’ DC power cell to operate, thus, putting more strain on it.
This gets even worse when the car owner just loves to pack his or her vehicle with all the latest car accessories. This could include power sliding doors, power windows, state-of-the-art entertainment system and its equally high-end set of speakers. 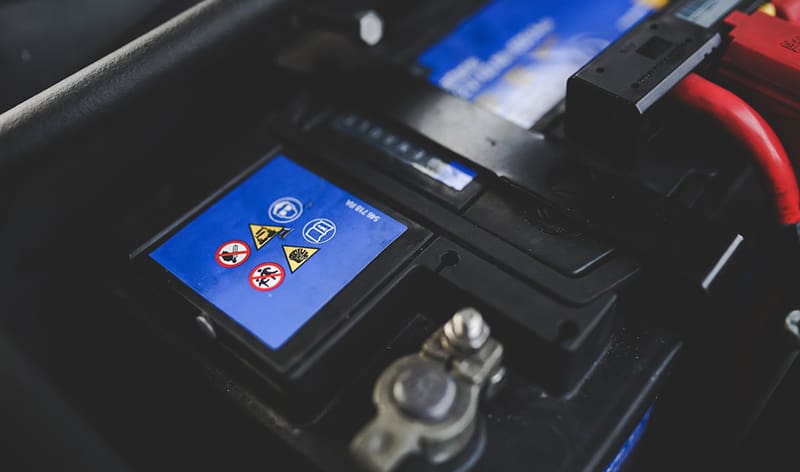 Age of the car battery

Batteries have a finite lifespan. You may extend this service life to a certain degree by taking good care of it, but the fact remains that older batteries will tend to have performance issues associated with its age.

The temperature of the environment where it is used

Batteries get their power by chemical reactions. If you can recall your chemistry lessons, certain reactions are temperature-dependent. In fact, ambient temperature not only affects a power cell’s output, but it may also affect its lifespan.

Estimates say that batteries might last up to  five times longer in cooler climates compared to warmers ones. This means that if you live in the tropics, you can expect to change your batteries more often than your friends who live in colder climates.

Of course, these are just possibilities and the actual longevity of the same brand of product will vary greatly between two different users. It is important to note that having your car’s power storage component checked by a professional is highly recommended and remains the best way to determine if it is now the right time for a change. But if just you want to do some assessment of your own, head to our article titled 5 Alarming Signs Your Battery Might Be Dying on You for more details.

How can you tell when your car battery is going bad?

There are 3 main signs that will tell you your car battery is failing:

1) Dimmed lights: when your battery is almost out, it is not capable of keeping your lights as bright as they should be

2) Clicking sound when turning car key: when you turn your key in the ignition, your car sends an electrical current, that might not work when your car battery is out.

What is the lifespan of a car battery?

Typically, an average car battery lasts 4 to 6 years. However, the lifespan of your car battery may be influenced by such factors as the frequency of use, weather conditions, driving habits and other.

Is it easy to change car battery?

Many car owners who are skillful enough change batteries in their cars themselves. Nevertheless, if you have zero experience and are not sure online guides are enough for you, ask a professional to change your car battery.

Copyright ©  2019 by DunkerMotor
DunkerMotor.com participates in the Amazon Services LLC Associates Program, an affiliate advertising program designed to provide a means for sites to earn advertising fees by advertising and linking to Amazon.com. Amazon and the Amazon logo are trademarks of Amazon.com, Inc. or its affiliates.